IS DOMINICA HAWKING ILLEGAL DIPLOMATIC PASSPORTS BECAUSE ITS CBI PASSPORTS HAVE SUBSTANTIALLY LESS VALUE THAN OTHERS ? 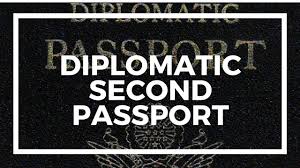 While most Caribbean commentators have focused upon the fact that corrupt senior government officials in Dominica are illegally selling their diplomatic passports for big bucks (foreigners not authorized by the Geneva Convention of 1961), there is also another another major reason: "ordinary"  Dominican Citizenship by Investment (CBI) passports are valued at a much lower rate than those of the competition, Antigua & Barbuda, and St Kitts & Nevis. It is possible that agents are steering prospective clients away from considering Dominica, in favor of other jurisdictions offering the same product, forcing Dominica to push diplomatic passports, to snare the customer.

One of the leading international agent firms, which attracts CBI prospects on a global basis, and which calculates the value of passports, based upon a number of factors, including how many countries a certain country's passport will get you into, visa-free, lists Dominica as substantially less desirable than both Antigua and St Kitts; It is down on the list near Serbia, if you need a point of reference. You have to believe that they are pushing clients towards SKN and A & B, rather than Dmonica.

Remember, Alireza Monfared ALSO had a CBI Dominica passport, in addition to the diplomatic one. he probably found out, the hard way, that a Dominica CBI passport was not as valuable as he had been led to believe.

Therefore, we ask again, to the Minister of Foreign Affairs: Who are the holders of the 425+ diplomatic passports issued by your office ? Dominica only has a small number of authentic diplomats. How many Iranians, Russians, Chinese, Venezuelans, and Cubans have one ?