IS LEBANON HEADED TOWARDS YET ANOTHER DESTRUCTIVE WAR ? 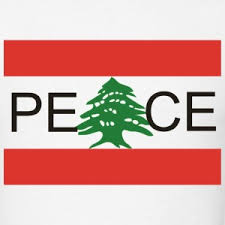 The latest bad news from Beirut is the fact that three senior Hamas officials have relocated to the Lebanese Republic. Hamas, a globally sanctioned Palestinian terrorist organization, now joins Hezbollah, and a number of smaller radical Islamist terrorist organizations with headquarters in Lebanon.

These officials, who were banned in Turkey, and in Qatar, are in charge of individuals committing terrorist acts inside Israel, and there is no indication that they will cease their operations, which target unarmed civilians, and commit unspeakable actions, all of which qualify as war crimes under the Geneva Convention. Do not expect them to stand down.

If you know your Middle East history, you know that it was Israel's response to Palestinian terrorist attacks that resulted in an Israeli invasion of southern Lebanon, to create a Security Zone, north of the frontier. Any increase in Hamas attacks within Israel could very well prompt a powerful Israeli counterattack inside Lebanon, which would most certainly provoke a Hezbollah response, leading to a possible regional conflict.

Senior government officials have previously gone on record with dire warnings regarding a threat against Lebanese infrastructure, should yet another armed conflict occur. Should Hamas succeed in triggering a perfect storm of war, between terrorist organizations, and Israel, Lebanon's Beirut banking center would certainly sustain major damage, thus disabling the country's most significant industry.

Since civilian casualties, even among its own people, are considered a necessary evil by Hamas, a dogmatic, hard-line radical Islamic organization, so long as it achieve its goals, there's nothing to inhibit Hamas from embroiling Lebanon in the next war, with an Israel now bent on destroying any enemy who initiates hostilities. That could be the death knell for Lebanon's thriving downtown Beirut banking center; Lebanese bankers should pray for peace; otherwise, they may not have a bank to do business in, come 2018.
Posted by Kenneth Rijock at Sunday, June 11, 2017