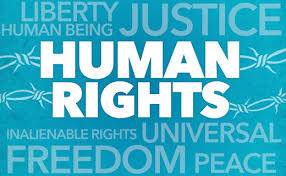 A court in Spain's Canary Islands has set an obscenely high bond, for three "material witnesses," who have been illegally held for 20 months, in a bogus money laundering investigation filed for purely political and mercenary reasons, in a scandal that has exposed major flaws in Spain's criminal justice system. Vladimir Kokorev, a dual Russian-Spanish citizen, his wife & son, have been in custody, as witnesses, in a case where criminal charges have never been filed. Spain's adherence to the Rule of Law has been called into question, and this case has been raised in the European Court of Human Rights, as a major violation.

Ismael Gerli, a Panama attorney who perjured himself when he gave false testimony against Mr. Kokorev, is the sole witness against him, but Gerli is himself under criminal forgery charges in his native Panama, after he reportedly stole real estate from the Kokorevs, after their extradition to Spain, as Material Witnesses. He has been completely discredited, and cannot leave Panama, to testify at any future trial in Spain. How can the Spanish prosecutor justify this massive human rights violation ?

Bond has been set at €2m each, knowing that the Kokorevs cannot pay such an immense amount; they are listed as Material Witnesses, and have not been charged, either in this case, or any others. The bail conditions also require that they surrender their passports, and they are prohibited from leaving Spain. Bail was set at a prohibitive amount intentionally, according to observers familiar with Equatorial Guinea, whose petroleum reserves have long been coveted by Spanish business interests, and they are seeking Kokorev's testimony, against Guinean leaders, to replace them with others, favoring Spain.

If the Kokorevs had been convicted of money laundering, they would have already served the required 1/3 of the maximum sentence for that crime, and been provisionally released. Clearly, Spanish prosecutors are following the instructions of Spanish business interests not the Rule of Law. Nobody has been charged, the "witnesses" human rights have been totally violated, and the judges presiding over this case should be dismissed, and arrested.
Posted by Kenneth Rijock at Tuesday, June 27, 2017