RAISE COUNTRY RISK ON THE STATE OF QATAR 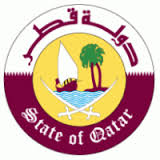 The Gulf States, as well as major Arab countries, have all broken off diplomatic relations with the State of Qatar, due to its open support of radical Islamist organizations, and specially designated global terrorist groups. Also cited was Qatar's Al-Jazeera media network, which has long been accused of supporting terrorist organizations. Commercial ties with Qatar are also being cut.

Under the circumstances, compliance officers who are charged with calculating Country Risk, are advised to elevate it for Qatar at this time.
Posted by Kenneth Rijock at Monday, June 05, 2017