RICARDO MARTINELLI ARRESTED IN MIAMI FOR EXTRADITION TO PANAMA 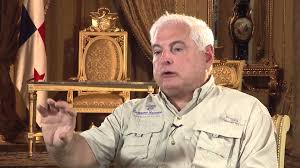 Ricardo Martinelli, the former president of the Republic of Panama, who is a fugitive from justice in his native country, was taken into custody yesterday (June 13, 2017) by representatives of the US Marshal's Service, based upon an extradition warrant issued in September 2016. Martinelli has been living in the Miami area since January, 2015, and many had questioned why the United States had not detained him earlier, through the former president's attorneys in Panama had asserted that the extradition documents were legally insufficient.

Rumors, to the effect that he was under the protection of an unnamed US law enforcement agency, have never been verified. Martinelli faces over a dozen criminal charges in Panama, ranging from looting government funds, to conducting illegal electronic surveillance of its citizens, to receiving bribes and kickbacks in the Odebrecht construction scandal. Martinelli's two sons are also wanted, in connection with Odebrecht, and allegedly received $22m in bribes, on behalf of their father.