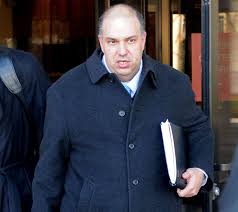 Francisco Illarramendi, the convicted Venezuelan Ponzi schemer, who operated two unlicensed hedge funds in Connecticut, and who is presently serving thirteen years for his crimes, was ordered to pay $26.8m, in a civil case brought by the Securities & Exchange Commission in Federal District Court.

Illarramendi, who entered a guilty plea in his criminal case but appealed his sentence to the Second Circuit, had his judgment and sentence affirmed by the appellate court in February. A restitution order, in the amount of $370m, was entered in the criminal case, by the trial judge. Illarramendi defrauded the pension find of PDVSA, the Venezuelan Government petroleum agency, and he was found to have paid bribes  to an agency official in charge of pensions.
Posted by Kenneth Rijock at Monday, June 19, 2017