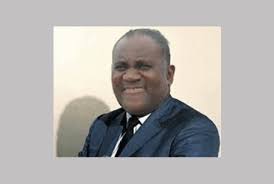 The East Caribbean Supreme Court, in a total departure from the Rule of Law, has now allowed Leroy King, the fugitive former regulator from Antigua, to take an appeal, from a 2012 ruling, ordering his extradition to face justice, in the Stanford International Bank criminal case in Texas. The Court's action, which essentially ignores the 2017 decision, of the High Court, which was, for all intents and purposes, the end of King's ten year dilatory court effort to evade criminal prosecution,
has no basis in law or in fact.

King's purported Constitutional grounds have previously held to be without any legal merit, and the judgment of the East Caribbean Supreme Court, which delays extradition for at least two more years, if not longer, again confirms the continuing presence of political influence in many Caribbean courts, and will translate to increased Country Risk, not just for Antigua & Barbuda, but for the English-speaking countries in the region as a whole. If a country's court system is flawed, and ignores the Rule of Law, you do not want to be investing there, or having your bank clients doing business there, or risking loss by engaging in a financial transaction.

I wonder if those Caribbean Supreme Court Justices are aware of the economic consequences of their extension of protection to Leroy King, on spurious legal grounds ?
Posted by Kenneth Rijock at Thursday, June 29, 2017