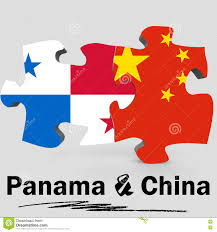 This act can only result in a major increase in Country Risk for Panama, for several important reasons:

(1) The half-dozen Chinese banks operating in Panama are engaged in major money laundering activities, according to insiders in the Panama City banking community, and the addition  of a PRC embassy, which will provide important consular services to Chinese "businessmen" seeking the legalization,  of Panamanian corporations with bearer shares, or Panamanian foundations.

(2) The use of Panama's dodgy law firms, who provide turnkey services to wealthy Chinese, including the guaranteed opening of bank accounts, will be facilitated, as official translations Spanish-English-Chinese will now be readily available to them at the embassy, and staff can even recommend the specific law firms that practice willful blindness, when dealing with clients who are high risk.

Remember, right after the Panama Papers scandal broke, Mossack and Fonseca sent a written apology, to a major Shanghai bank, for the exposure of some of their most valued  clients. MFs Chinese business accounted for a major portion of its global income, and it maintained several offices inside China.

Taiwan not only gave Panama a jet airliner, but a large amount of foreign aid in the past, all of which seems to have been quickly forgotten, in the glow of what must have been major PRC promises of financial compensation.

Will we see even more Chinese banks with a brick-and-mortar physical branch in Panama City ? We cannot say, but you can expect increased laundering, of bribe & kickback money, by bloated and corrupt Chinese PEPs, all seeking to evade taxes, or exposure and arrest, in China. You will also see transfers, from Chinese banks, to branches of European, or even North American, banks, all of which is sufficient grounds to raise Country Risk on the Republic of Panama immediately.