SHOULD THE US & UK IMPOSE VISA RESTRICTIONS ON DOMINICA PASSPORT HOLDERS ? 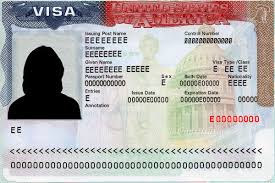 It has been proposed, by parties who are fully informed about the clear and present danger of money laundering posed by Iranian, Russian and Chinese criminals, holding valid Dominican diplomatic and CBI passports, that the United Kingdom and the United State should impose universal visa restrictions, upon all Dominican passports, including those of non-Dominicans who hold diplomatic passports.

Such an act would allow consular officers to:

(1) Conduct adequate enhanced due diligence, upon the background and current status, of foreign nationals who have purchased Dominican passports.

(2) See, face-to-face, the individual involved, so that they may be examined, in depth, about their background, types of business activities that they are engaged in, and plans regarding access to Dominica's financial system. This would be required to be held at the US Embassy in Barbados, meaning that the appearance of foreign nationals, who are now Dominicans, must appear there, and not in their home countries, but must travel there from Asia or Africa.

(3) Ask the tough questions, about the applicant's extended family, associates, and individuals closely linked to him or her. This is extremely important. to determine whether the applicant is a Politically Exposed Person, or PEP, meaning that he or she possibly has access to government funds, could be receiving bribes or kickbacks from suppliers or vendors, or has other corruption-derived income. 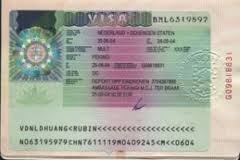 Finally, how about the countries that are signatories to the Schengen Agreement, imposing visa requirements as well ? That might be the proverbial straw to break the camel's back, and force Dominicans to vote out the current, and eminently corrupt, government.
Posted by Kenneth Rijock at Friday, June 16, 2017