WILL THE UNITED STATES NOW FINALLY REQUIRE DISCLOSURE OF BENEFICIAL OWNERSHIP OF CORPORATIONS ? 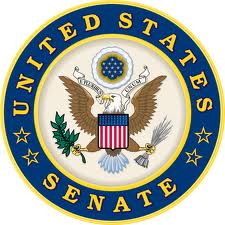 Bipartisan sponsors have introduced 2013 version of a previously-filed bill, now renamed the Incorporation Transparency and Law Enforcement Act of 2013*, which President Obama previously sought to pass, when he was a United States Senator. The bill, if enacted into law, will seek to forever close the door on corporation secrecy in the fifty states.

In short, the bill's provisions:

(1) All newly-formed corporations in the United States would be required, at formation, to identify all their beneficial owners. This loophole ,in the corporation laws of the individual state, would no longer exist, due to this Federal legislation.

(2) There are penalties authorized for providing false information.

(3) Law enforcement agencies, with subpoenas or other legal process, could access this information on state government databases and files.

(4) Corporations bidding on Federal contracts would have to supply this information to the US Government.

(5) Regulated and publicly-traded corporations would be exempt.

The bill would bring the United States into full compliance with FATF standards regarding disclosure of beneficial ownership. It would certainly take a huge bite out of financial crime in the United States; pray for its passage.