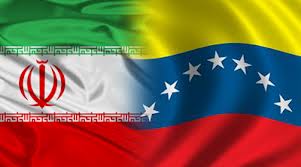 Today's announced agreement, between the foreign ministers of Venezuela, and the Palestinian Authority, through which Venezuelan will sell the Authority oil "at a fair price," is just another patently transparent effort, by Venezuela, to assist Iran in evading global sanctions on Iranian oil. It is an insult to the intelligence of those nations that have imposed the sanctions, and probably originated among Venezuela's Cuban advisers, who are actually running many Venezuelan government agencies. Don't they teach geography in Cuban universities anymore ?

Any economics student will tell you that the costs of shipping oil across the Atlantic, and through the Mediterranean would make the sale prohibitive, for Middle East consumption. Iran has a large number of tankers, lying within its territorial waters, all warehousing oil that it cannot sell on the world market. Rebranding it as of Venezuelan origin, then reflagging some of its tankers and changing their names, is easy for Iran to accomplish, as it has been playing a cat-and-mouse game of sanctions evasion for years, and it is a short hop to the Palestinian Territories, but it is really going there ?

Of course, the real goal here may be to have the "Venezuelan" oil quietly sold by the Palestinian Authority, without delivery for local consumption, thereby assisting Iran in dumping its oil products on the consuming countries, who may just buy the ficticious origin. Wherever the oil ends up, rest assured that any objective analysis will show that it was taken out of the ground in the Islamic Republic of Iran.
Posted by Kenneth Rijock at Saturday, August 24, 2013