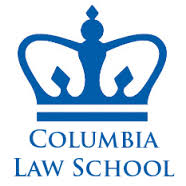 School records have reprtedly verified that Bo GuaGua, the son of two prominent Chinese PEPs, one convicted of murdering a British businessman, and the other about to go to trial for corruption, has been admitted to law school at Columbia University for the fall term. Since his mother drew a death sentence, later reduced, he has not been seen in Boston, where he resided while attending Harvard. When he left his apartment, he was accompanied by several unidentified US officials, which I find extremely disturbing. Why do Chinese "princelings," the children of important PEPs, many of of whose parents are suspected of corruption, get favored treatment at American ivy league schools ? The schools even often allow them to adopt an alias, lest their fellow students learn that their classmate's father is believed to be engaging in corrupt activity in China.


Bo has not returned to China since his mother's arrest, nor has he given an indication that he will leave the United States. There has been no sign of the millions of dollars of illicit wealth that his parents obtained, through demanding bribes and kickbacks, which allowed Bo to live an extravagant life-style as a student. Does he have access to the money ? The tuition alone at the law school, $60,000, is three times the amount his now-imprisoned father, Bo Xilai, earned each year as a senior Chinese official.

The question remains; did Bo GuaGua launder some of his parents' illicit wealth, and how much of it is in the United States and the United Kingdom ? The parents are believed to be worth several million dollars.