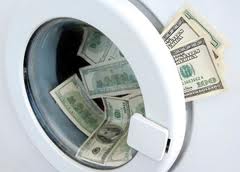 Most of the Western Hemisphere's most prolific (and effective) money launderers are well known to US law enforcement agencies. The problem is, none of these agencies is in any hurry to arrest them, which allows these career criminals to continue to practice their illicit skills in the financial institutions of the world, without being detected.

In  truth and in fact, through ongoing investigations, and the cooperation of criminal defendants seeking to reduce their ultimate sentences, America has acquired the identities of the major money launderers, but it chooses not to indict or arrest them; here's why.

The current philosophy appears to be: let them operate freely, observe their activities, and collect information on their prominent clients. The agencies then apparently classify the names of the laundrymen as Law Enforcement Sensitive, designating it as information from an ongoing investigation, and do not make it available outside the law enforcement community.  This means that the banks where they move money never learn who they are. This does not well serve the American financial community, and actually facilitates money laundering.

Rarely are experienced money launderers arrested, as law enforcement policies dictate that they leave those criminals out there, while monitoring their transactions and travel. Of course, due to budgetary limitations, 24/7 coverage is impossible, and many of the transactions are never seen.

One Venezuelan attorney, who was engaged in massive money laundering in the United States, was quietly granted immunity from prosecution, in exchange for information on major criminal targets. He then was allowed to remain  in the US, where he then opened several restaurants, using his illicit wealth, and the public to this day does not know his true criminal background. The bank that assisted him in moving money was never charged with a crime, and the other depositors are blissfully ignorant about their bankers' involvement; This is clearly wrong.

I suggest that law enforcement change its policies; when money launderers are identified, collect the evidence against them swiftly, and charge them. Do not let them operate for years, while you slowly collect information on their customers, for possible indictments. Finally, stop concealing this critical information on the identities of known money launderers from the financial institutions that they are exploiting.