WAS FAILURE TO DISCLOSE DEA SOD SURVEILLANCE TO VIKTOR BOUT'S ATTORNEYS A BRADY VIOLATION, AND WILL HIS CONVICTION BE REVERSED ? 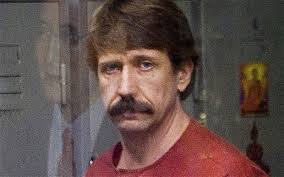 The flap, about the  Drug Enforcement Administration's SOD, or Special Operations Division, which reportedly improperly used NSA and CIA intelligence, and his in by attributing it to other sources, may reach the Viktor Bout case. Bout was convicted of conspiring to sell surface-to-air missiles to individuals whom he believed were members of the FARC, so that they could be used against American military targets in the Republic of Colombia.

Forget a minute about the entrapment defense, for frankly that doesn't fly unless the individual has no propensity for criminal conduct, and Mr. Bout broke weapons laws in more countries than you can count. The problem is, he could conceivably have his conviction set aside, if newly discovered evidence shows that the DEA made the case, based upon NSA surveillance that was not disclosed in his criminal case. For that we have to thank that smart soul over at DEA who had the bright idea to conceal that fact from the lawyers, prosecutors and judges in the cases that were developed through illegally-obtained evidence.

If Bout's conviction is set aside, those in command should be held accountable, and I would like to have their names, please, so that they don't get high-paying jobs in the private sector.