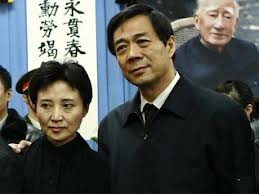 The evidence regarding a €2m villa in Cannes confirms that the owners were Gu Kaili, convicted of the murder of British Businessman Neil Heywood, and her husband, Bo Xilai, a senior Chinese government official now under arrest, and charged with bribery amounting to ten million Yuan, embezzlement and abuse of power, in a major corruption scandal that the Government of China sought to minimize while in the midst of a change of leadership.

The  French corporation that owned the villa was reportedly controlled by two firms in Luxembourg, and one must assume this was for the express purpose of concealing beneficial ownership. The individuals managing the property were, successively: The French architect who lived with Gu Kailai in the UK, Neil Heywood, and finally a British national of Chinese origin, who is linked to the son of the PEP couple, Bo Guagua. 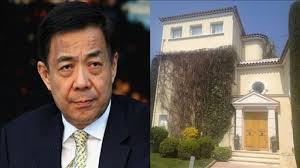 One wonders what over valuable assets Bo Xilai and his lawyer wife, Gu Kailai, purchased through straw buyers, outside the Peoples' Republic of China, and how many years he will receive in prison for his corruption. Assuming that most senior Chinese PEPs are squirreling away bribery and kickback funds overseas, can you really risk banking Chinese PEPs in the EU ? I seriously doubt it.