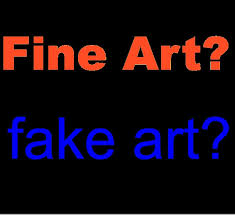 I first saw this happen three decades ago; a client, obscenely wealthy, due to narcotics trafficking, spends an inordinate amount of money on fine art, strictly as an investment. The art, which ostensibly smuggled out of Cuba in a diplomatic pouch, was held out to be an original work by a (deceased) prominent Cuban artist, Wilfredo Lam.

When the client, a fugitive for more than twenty years, and now in custody and pleading guilty, offers the Wilfredo Lam as part of the plea agreement, and learned that the picture is an artfully-crafted fake, she must have been upset.

The Government of Cuba is known to employ a team of experienced art forgers, who turn out not only counterfeit works, passed off as originals, but bogus "unknown" works by such painters as Pablo Picasso, which have been "discovered" in Cuba, and art being offered for sale. Many of the victims are not traditional investors, but affluent career criminals, anxious to launder their illicit proceeds, through cash purchases of items that were represented to them to be investments which will only increase in value.

The fraudsters take advantage of the criminals' arrogance, and generally convince them that no due diligence examination, or professional guidance by art professionals, is necessary. Since the criminal does not want to appear ignorant to anyone, he or she dispenses with any opinion on the bona fide nature of the artwork, so as to appear knowledgeable to all.

Unfortunately, most of the art objects removed from Cuba are not  rare finds, but merely counterfeit junk. Bankers, please do not accept it as collateral for any purpose.
Posted by Kenneth Rijock at Thursday, August 15, 2013