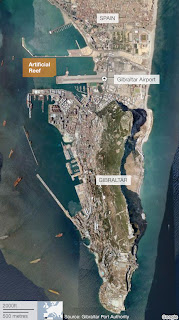 The British Overseas Territory of Gibraltar is reporting that a large number of Spanish fishing vessels, accompanied by private yachts, entered Gibraltarian territorial waters today, and were met by local and Royal Navy forces, further raising tensions with Spain. The protests are reputedly over the building of a man-made reef, which could interfere with illegal Spanish fishing activities on the wrong side of the maritime frontier. Britain has dispatched a warship to Gibraltar, due to the nature of the political situation.

Recently, Spain has been more vocal in its campaign to claim sovereignty over Gibraltar, which was ceded to the United Kingdom in 1713, as part of a global settlement of claims. It has unduly delayed travelers at the joint frontier, and threatened to restrict access to its airspace, both of which actions violate European Union guarantees of freedom of movement.

Spain, which claims Gibraltar is a lingering relic of colonialism, still maintains two enclaves in Africa, in Morocco, which it shows no signs of relinquishing. It has been suggested that this Spanish focus on Gibraltar is a political ploy to divert the attention of the Spanish people from their dire economic status, particularly its high unemployment rate, and that Spain's claim has not legal merit, due to the treaty that established Gibraltar as British territory. 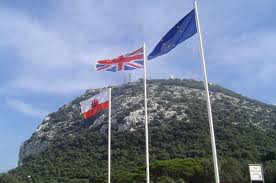