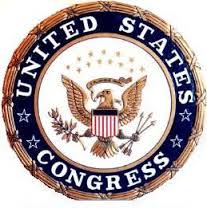 A bill introduced in the House of Representatives (HR 1687) will, if it becomes law, allow the United States to impose severe sanctions on certain Latin American PEPs who engage in serious human rights violations. Known as the Countering ALBA Act of 2013, the bill is specifically directed against those countries who are members of ALBA, an association of left-leaning national governments whose domestic policy is basically undemocratic, and who have an extensive history of engaging in human rights abuses of their citizens.

The ALBA countries are :
(1) The Bolivarian Republic of Venezuela
(2) The Republic of Nicaragua
(3) The Plurinational State of Bolivia
(4) The Republic of Ecuador
(Cuba, which is also a member, is already universally sanctioned by the United States for all purposes)

(A) Ineligibility for US visas.
(B) Blocking of property in the United States.
(C) Prohibitions on conducting financial transactions in the US.

The sanctions can also be imposed upon officials in ALBA countries that transfer goods or technologies that facilitate human rights abuses, and those that enforce censorship there.

Once imposed, the sanctions will for all practical purposes, be for an indefinite term, for they cannot be lifted  until the offending country releases all its political prisoners, ceases violence, unlawful detention, torture and other abuses, and installs an independent judiciary.

Banks whose clients include Latin American PEPs from the above countries should monitor the progress of this legislation through Congress, for some of their clients may thereafter be sanctioned, without any prior notice, which could become a public relations nightmare for the bank, as well as result in a major exit of clients to your competition. 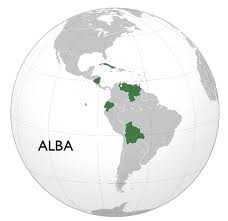 If there are PEPs banking with you, who are known to be involved, directly or indirectly, in human rights abuses, especially those from Venezuela, you would be well advised to handle the situation sooner, rather than later, lest some enterprising journalist blows the whistle on your clients' identities, angering the expats from that country who live in the United States, and possibly alienating some of your client base. Frankly, the income you derive from those clients is not worth the risk of reputation damage. Remember well the lessons of Riggs Bank, ladies & gentlemen.
Posted by Kenneth Rijock at Monday, August 26, 2013