RAISE COUNTRY RISK ON THE REPUBLIC OF PANAMA 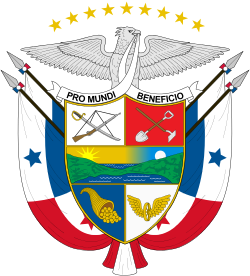 There are two new issues that are causing me to recommend that you take a fresh look at Panama for risk management purposes:

(1) President Martinelli, who leaves office next year, has reportedly not only chosen his successor, (from his own party, of course) but he is carefully filling the agency that monitors election results with his own people. There is a real concern in Panama that the  results of the upcoming 2014 election will be rigged to give Martinelli's candidate the office, whether he wins the popular vote or not. Election fraud has become a real possibility, especially given the notorious level of corruption in the Supreme Court of Panama, which would rule on any contested election issues. The response of the population could result in destabilizing Panama, meaning that the economy would suffer.

(2) The treasury of the Government of Panama has been so severely depleted, that it can no longer consistently pay its civil servants each month. Observers have accused the leadership of the loss of approximately USD$800m, which cannot be accounted for, and which has pushed the country deep into debt. There is a plan to sell government bonds in the EU and North America, but it faces obstacles. Fiscal problems could be reflected throughout Panama's economy.

These fiscal and political issues clearly raise risk levels at this time. You should examine the facts, and make an educated decision, on your own, as to whether to raise Country Risk for Panama, but I suggest that it is justified.
Posted by Kenneth Rijock at Friday, August 16, 2013