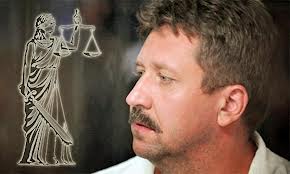 Alexei Binitsky, the Moscow attorney who has held several news conferences regarding his client, Viktor Bout, might consider checking the record before advising the media about his client's case. For instance, he says his client's case will have Oral Argument on 22 August, but the official court calendar does not show entry entries for the Bout case anytime in August. OK, I know he is not admitted to practice in the United States, but he should have the facts for his information, before he again gets on the soapbox to act as an advocate for his client.

Binitsky was quoted as saying that Bout will be transferred from "ADX Supermax in Orlando." Sir, that's where Disney World is; ADX is in Colorado, and his client is actually serving time in USP Marion. Somebody forgot to consult the US Bureau of Prisons website, apparently, to learn where his client is.

He also has indicated that Bout will serve only ten years, though he must presently serve at least 85% of his existing 25-year sentence for providing material support to a foreign terrorist organization. Does he think his client will be pardoned, or have his conviction and sentence reversed ? What is the legal basis for this opinion ? He has also indicated that, should he lose his appeal to the Second Circuit, he will proceed to the US Supreme Court, where only a microscopic percentage of the

I know that his American attorney of record, Albert Dayan, understands the constraints that lawyers operate under in the United States, but should not someone suggest to Mr. Binitsky that his zealous  public advocacy, on behalf of his client, should have a factual basis, or at least a good faith argument, before he makes any more statements to the press.