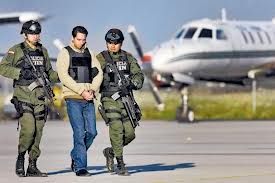 Reliable sources within the Republic of Panama have indicated that the government has reopened the criminal investigation against the imprisoned Colombian Ponzi schemer, David Eduardo Helmut Murcia Guzmán. The focus is reportedly upon those Panamanian businessmen who received significant portions of the $2bn Murcia obtained from his victims, who were supposed to invest it on his behalf, but who stole those funds when Murcia was charged with criminal activities in Panama, Colombia and the United States. Colombian authorities are also looking into the individuals who conspired with Murcia, as well as additional suspects involved in laundering the Ponzi profits.

Murcia's Panamanian associates purchased a substantial amount of real estate, yachts, and luxury automobiles, on his behalf, but later absconded with those assets, rather than hold it for him in trust, as he was led to believe. Many of those properties have been identified, and they are now held in the names of Murcia's former associates and advisers, who are now powerful people in the Government of Panama, and wealthy Panama City businessmen.

As for Murcia, he is currently serving a long prison term somewhere in the United States, but his whereabouts are unknown; some sources say he is in the Witsec [Witness Protection] program, but others indicate that he has been released, due to the quality of information he gave to US law enforcement, and that he is living anonymously in America. One should assume that he is unhappy with those trusted advisers who were the thieves.

Is the new investigation simply was way to release the increasing US Government pressure ? Will it end without any criminal charges being filed against anyone ? We cannot say, but some prominent businessmen in Panama are probably having trouble sleeping this week.