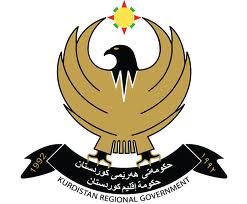 While most observers have been concerned that the fighting in Syria will eventually spill over in Lebanon, especially along Sunni-Shiite lines, this week's announcement from the KRG could mean that the war might widen into Iraq itself. President Barzani, the leader of the autonomous Kurdish Regional Government, has threatened to intervene militarily in the Kurdish areas of northern Syria.

Apparently, the designated terrorist group, Al-Nusra, has engaged Syrian Kurdish forces in the frontier areas of northern Syria, near the borders with Turkey and Iraq. The KRG has a sizable military force, which is capable of inflicting serious damage upon Al-Nusra, and the KRG is an ally of the United States, which further complicates the situation.

Any cross-border action, by KRG forces, could invite retaliation inside Iraq, whether by direct military acts, or terrorist tactics, either of which would seriously raise Country Risk for Iraq.
Posted by Kenneth Rijock at Saturday, August 10, 2013