THE PERILS OF BEING A WITNESS IN A MONEY LAUNDERING CASE

The murder, by cyanide poisoning of an individual, who was reportedly originally scheduled to be a witness at the trial of Boston organized crime mobster James "Whitey" Bulger, reminds me of another such incident, back in the "Miami Vice" days, when narcotics trafficking was raging out of control, as understaffed law enforcement agencies struggled to control it. 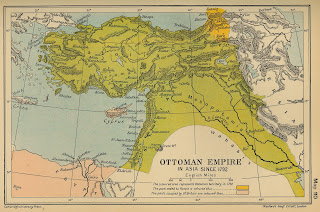 His street name was "Turko," meaning Turk, for he was of Middle Eastern heritage,* and he was a career criminal with a curious occupation; he specialized in ripping off narcotics shipments, and at times, the traffickers themselves. Since the traffickers could not very well report the robberies to the authorities,  any product or money he obtained were his to keep, a dirty guy in a dirty business.

When General Manuel Noriega was about to go to trial, in Federal Court in Miami, Turko was named a one of the witnesses against him. Shortly before the trial, however, he was killed in a late-night automobile accident. it seemed that his BMW was involved in a one-car collision that resulted in his demise. Accident, coincidence or homicide ? You be the judge, but this man routinely carried an automatic weapon, and always had a firearm stowed in his sock. Of course, Noriega was convicted anyway, as the evidence against him was overwhelming.

Why am I bringing this up ? When you, as a banker, fail to timely identify potential money laundering activity at your bank, and exit the client, his ultimate arrest, years later, and trial, may result in your testimony being required by the prosecutor, to prove up his case. You bank client may have been charged "only" with money laundering, but he is a drug trafficker. What if he chooses to have you meet with an "accident" before the trial date ?

The moral of the story: identify any an all potential money laundering clients at your bank, early on, and avoid being the government's one witness that disappears the week before the trial. Do not let financial criminals operate with impunity in your banks, for their clients are generally violent, and may terminate your, to avoid your appearance in court.
__________________________________________________________________________
* For you non-history buffs: the Ottoman Empire ruled most of the Middle East until the end of the First World War, including present-day Lebanon and Syria, and immigrants from that region were often described as Turks in Latin American countries. Since the majority of Miamians are of Hispanic origin, the term is in common use there.
Posted by Kenneth Rijock at Saturday, August 03, 2013