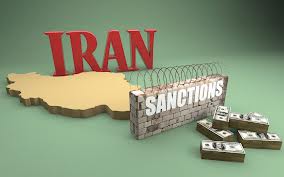 A routine report, appearing in Middle Eastern media, verifying that that there are no less than four million tons of food and medicine, being held at Iranian Customs, is the best evidence yet that international sanctions on Iran have been, to date, an utter failure. Where did Iran obtain such a huge amount of goods, I wonder ?

The reason for the customs detention is reportedly a dispute, between the Central Bank and the Ministry of commerce, over the level of preferential currency exchange the goods shall qualify for. This means that the Central Bank obviously has US Dollars to sell to the importers, does it not ? Where are all these banknotes coming from ? Iraq, especially banks in the Kurdish Region, are the largest known suppliers to their Iranian neighbors.

So, if there are global sanctions in effect against Iran, for its prohibited WMD, and ballistic missile programs, what countries are facilitating the evasion of the sanctions ? It would appear, based upon the assumption that this 4m tons is but the tip of the iceberg, that the sanctions, as of this date, have failed.

Will someone please explain this to the United States House of Representatives, which is considering the new, mandatory sanctions bill that just passed the Senate, that their prior efforts have been unsuccessful, and that these new, extreme measures are necessary.