ASSUME THAT ALL YOUR BUSINESS ACTIVITIES ARE UNDER CONSTANT SURVEILLANCE 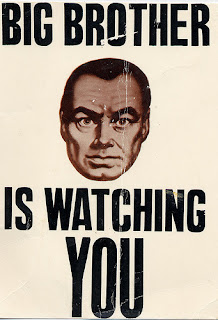 If you were not aware before, that electronic surveillance has become universal in the workplace, the recent disclosures of NSA activities should pretty much confirm that fact. Remember also that some surveillance is illegal and unlawful, but it occurs nevertheless; Govern yourself accordingly.

My personal favorite experience is from my Miami Vice days of the 1980s; A French client, who was a major drug smuggler, had fled the United States, just ahead of his probable arrest, eventually ending up in the French Antilles, where he could not be extradited under French law.  He then held what I can only describe as a summit meeting of his lieutenants, where they met to talk strategy, in light of the newly-filed indictments pending against them in Federal Court.

Somehow, an American law enforcement agency had learned of the meeting, in advance, and even confirmed the venue where it was to take place. Notwithstanding that it contravened French law, the agency wired up every room in the hotel, ahead of the arrival of the narcotics traffickers, and tape recorded each any every conversation that occurred. Obviously, the information recorded could never be admitted, because no court of competent jurisdiction anywhere had approved the wiretaps, but they were placed there nevertheless.

I know this because, after their subsequent extradition to the US, the tapes were furnished to defense counsel prior to trial, as they could have contained evidence favorable to the defendants. It was extremely interesting to listen to the client tell his subordinates how he always, before operating in a new country, retained the best attorneys available to assist him.

Now, these wiretaps were, on their face, illegal, but you cannot fault the agency for trying. The agents thought that they were going to get a window into the traffickers' strategies and tactics, and were willing to break the law to do so. Does the end justify the means ?

Therefore, always assume, in 2013, that all your conversations and communications are being recorded,    even during the mundane, routine parts of your life. Big Brother is indeed watching.
Posted by Kenneth Rijock at Saturday, August 10, 2013