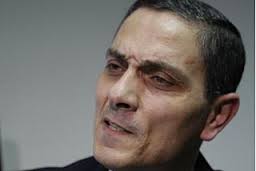 The case involving Viktor Bout's former "chief financial officer," and alleged money launderer, just got even more bizarre. Richard Chichakli's new request to defend himself, in his upcoming Federal criminal trial, has been granted by a Federal Judge. Though not a lawyer, Chichakli asserted that his two doctorates, and seven bachelor's degrees qualified him to act as his own counsel. he also alleged that his court-appointed counsel was too gentle to handle the matter, but stated no grounds upon which he reached that conclusion.

The Court, while cautioning him about his choice of counsel, granted his ore tenus motion*, in open court. Does he really intend to go to trial ? We cannot say, but we will be watching. Chichakli faces money laundering, and other charges, arising out of the efforts of Chichakli and Bout to obtain aircraft, in violation of US sanctions.