THE UNINTENDED CONSEQUENCES OF THE GLOBAL WAR ON TERRORISM 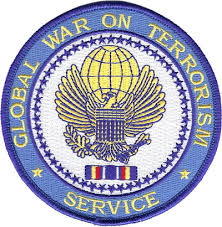 Since 9/11, the United States has spent billions of dollars on what President George Bush called the Global War on Terrorism. While this seemingly unlimited funding of counter-terrorism programs has resulted in the real-time early interdiction of terrorist operations, at the same time, budgetary cutbacks in counter-drug programs of Federal law enforcement agencies have been widespread.

What this means is that, operations and staffing, especially outside the Continental United States, has been reduced; individuals are not being sent to replace retiring or transferred staff members, and programs are not being expanded. US law enforcement teams, in Latin American countries that are important transit areas, for drugs or drug profits, often operate with such a small staff that they simply cannot handle the volume of potential investigations, and are forced to choose between targets.

While I completely agree that counter-terrorism must be given absolute priority for funding, since there is a marked reduction in what is available for government agencies, due to budget considerations, counter-drug programs should not take a hit. Unfortunately, specially designated global terrorist organizations, operating in Latin America, are deriving much of their income from narcotics trafficking, Those "profitable" operations, run by the FARC, Hezbollah, and other designated groups, should be investigated by counter-drug specialists, as they are best qualified for the job.

Fund the drug trafficking investigations of terrorist groups by funding counter-drug and anti-money laundering programs, please. Otherwise, terrorists will continue to raise most of their cash through narcotics trafficking activities.
Posted by Kenneth Rijock at Sunday, August 18, 2013