WHY I FOCUS ON CORRUPT PEPS FROM THE DEVELOPING WORLD 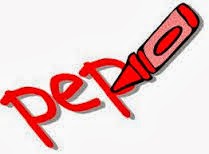 A reader commented this week about my extensive coverage of Politically Exposed Persons, or PEPs, from the developing world, wondering aloud why I am not exposing PEPs in the United States, who are involved in corruption, or other criminal activities. That is a valid compliance question.

I do not normally analyze corrupt PEPs from the US because information about their activities, whether they are arrested or not, is generally available to compliance officers in America media, particularly the financial press, and in local and state news. It is hoped that everyone is reviewing their local news on a daily basis, to keep up with arrests of financial criminals and corrupt politicians, and their associates.

I do know that you cannot readily have access to foreign media, nor would it be efficient for you to troll through several online newspapers each day, so I complete that task, and extract anything that I feel is important, and relevant to compliance officers at international banks, who may come into contact with the corrupt PEPs who are named. I also access non-public sources for additional information.

In the developing world, corruption is often swept under the carpet, or is not made public in the media, due to the power of the PEP, his political party, or due to fear on the part of journalists to their safety, should they expose him. Such lack of coverage generally does not exist in the US or Europe.

In short, your daily American newspapers should alert you to local and national PEP corruption, but since foreign media generally does not, and since you do not have the time to look anyway, I ensure that you are alert to PEP issues overseas; Hope this helps.