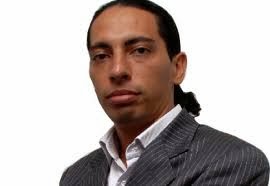 Convicted Colombian billion dollar Ponzi schemer, David Helmut Eduardo Murcia Guzmán, in an extensive interview, has named several of Panama's senior officials and politicians as members of an organized crime group that he refers to as Panama's Mafia, and asserts that several of them stole millions, or even billions,  of dollars entrusted to them.

Murcia has now gone public with information, previously reported here, regarding his extensive dealings with Panamanian President Ricardo Martinelli, and alleged that Martinelli, to whom he delivered a large amount of cash, is guilty of grand larceny. Though Murcia's reputation for truth may be questionable, due to his multiple criminal convictions, and operation of an international Ponzi scheme that defrauded millions, other sources have repeatedly confirmed Murcia's claims that he lost literally billions of dollars to several prominent Panamanian businessmen and political figures. You can take his statements with a grain of salt, but you cannot ignore the evidence.
Posted by Kenneth Rijock at Saturday, October 12, 2013