The Venezuelan Navy, entering Guyanese maritime territory that Venezuela claims for itself, has seized The vessel and crew of the Research Vessel Teknik Perdana, owned by US-based Anadarko Petroleum, and brought it into Venezuelan waters. The Guyana Ministry of Foreign Affairs has firmly objected to this act, in extremely strong public statements, and stated that this incident could seriously damage the relationship between the two countries, as it violates international law, and existing agreements between the two countries.

The vessel, with a US-based crew, was operating in the Roraima Block, on behalf of the Government of Guyana, conducting an exploration of the sea floor, when it was intercepted by the Venezuelan naval vessel "Yakuana" and forced to sail to Margarita Island. it current status is unknown. There has been no response yet, by the United States, but you can be certain that it will come shortly, as the recent Venezuelan expulsion of American diplomats in Venezuela, and the subsequent similar American action against Venezuelan diplomats in the US has shown.

Guyana has been, for many years, under the influence of the Castro regime in Cuba, and Raul Castro in particular,  and for that reason it is believed that Venezuela has not aggressively pursued its maritime territorial claim. Informed sources advise that the failure, on the part of Venezuelan President Maduro, to object to the Guyanese contract with Anadarko, at the time he visited Guyana recently on a official visit, was not well received by the Venezuelan military, which contends that the disputed maritime area is under Venezuelan sovereignty, and that the Anadarko agreement should not have been permitted without objection. 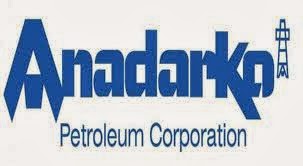 Most likely, the Venezuelan Navy initiated this incident to embarrass President Maduro, and it does  demonstrates the weakness of his current position as national leader. The government-controlled press in Venezuela has been completely silent about this incident, indicating that it was not behind the seizure of the vessel, and does not want its citizens to have one more topic to criticize Maduro about. His regime appears to be on its way out, but how that plays out is anybody's guess.

This seizure could further poison US-Venezuelan relations, and result in an American retaliation, diplomatic or otherwise, that will raise risk levels for foreign investment in Venezuela. The United States has historically responded vigorously to seizures of its vessels and crews, going all the way back to the Barbary Wars, on the north coast of Africa in the nineteenth century. Do not expect it to be ignored.