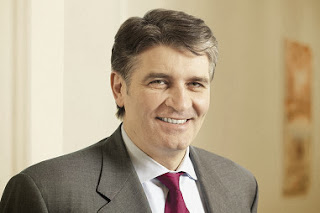 Raoul Weil, the former head of UBS Global Wealth Management division, was arrested this week in Bologna, Italy, after traveling there from his native Switzerland, where, as a Swiss national, he could not be extradited. Weil was declared a fugitive in 2009, by the US Department of Justice, when he declined to travel to Miami to face Federal charges that he aided and abetted high net-worth US citizens in evading taxes on their wealth, by hiding the funds in accounts whose owners could not be readily ascertained.

Weil, who was charged in 2008 with Conspiracy to Defraud the United States, allegedly ran a team of Swiss bankers, who entered America as tourists, and worked with United States taxpayers to hide their assets at UBS, using offshore accounts, and other vehicles designed to obscure beneficial ownership. The bankers employed techniques more common to individuals engaged in espionage than financial professionals, for they were not licensed in the US, including the lurid tale about their smuggling diamonds into the country inside toothpaste tubes, and using encrypted email accounts, all to assist tax evaders.

Weill allegedly supervised the tax evasion activities of approximately  17,000 US citizens; the figure of $20bn, hidden from the US taxman, has been alleged in the Indictment. He faces a maximum of five years in Federal Prison, and a $250,000 fine. Known to be a cocky, confident businessman, Weil may have finally run into a problem that he cannot solve.