Okke Ornstein, who was sentenced to 38 months in a Panamanian prison, in connection with his convictions in four separate white-collar cases in the Republic of Panama, failed to appear for his fifth criminal felony trial and has illegally fled the jurisdiction for refuge in Europe. He is believed to be hiding somewhere in the Netherlands, where there is a pending criminal investigation against him for child pornography.

Ornstein is thought to have fled Panama, rather than risk arrest for years of unpaid child support owed to the mother of his two adopted children, who is the former companion of convicted master fraudster Marc Harris, Ornstein's ex-partner in a Ponzi scheme that collapsed after Harris' arrest. Ornstein received immunity from prosecution in that case. He has a reputation in Panama, not only as a fraudster, but also as a serial blackmailer; He is regarded in Panama City as a danger to the community.

The fugitive, who has been posting to the Internet in Dutch of late, should be considered a dangerous career criminal, and should he attempt to establish an account relationship at an EU bank, it is hoped that the banks' compliance officers are all readers of this blog. 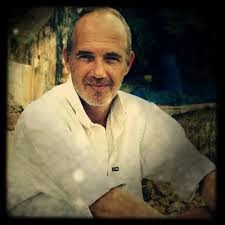 Ornstein, who is not a fan of the undersigned's articles about him, appearing frequently on this blog, has repeatedly claimed that the information about him that has been published is untrue, but I believe that his four felony convictions speak for themselves. He is a danger to the investing public, and let us hope that Panama has contacted INTERPOL, to have a Red Notice issued against him.