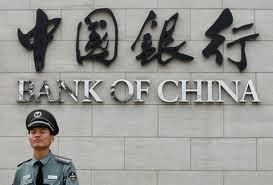 Buried in Middle East news this week is the story of the arrest of a West Bank Palestinian money launderer who made illicit payments to the families of Hamas operatives, some of whom were serving time in Israeli prisons. It is noteworthy that he reportedly used banks in China to transfer funds. Cash was deposited in the Bank of Palestine, and routed to the bank of China; ultimately, some of it ended up in Hamas hands in Gaza. Some funds went through Iran.


Add that to the lawsuit, reported here last year*, about the terrorist financing lawsuit filed in the United States, that alleges major Chinese banks are deeply involved in money laundering for Hamas. Regarding that case, it has been reported that the Government of China has brought pressure upon Israel not to cooperate. This is extremely disturbing, as it indicates that there is a factual basis for the suit, and that its disclosure will further erode the poor record of Chinese banks on AML/CFT issues.