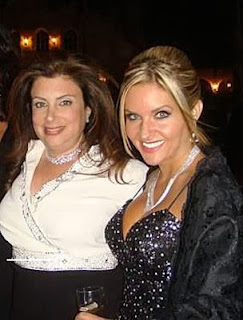 The jeweler and businessman who were engaged in the secret purchase of a 12 carat yellow diamond that convicted Ponzi schemer Scott Rothstein's wife hid from the court-appointed trustee, have both entered pleas of guilty, to Obstruction of Justice charges, in Federal Court. Kim Rothstein, Scott's wife, was to have testified against them at their trial. Her availability as a witness most likely persuaded the defendants to enter a guilty plea, and she probably will get credit for this.

Kin Rothstein's much-delayed sentencing will now proceed, and you can expect that she will not get anywhere near the five-year maximum, due to her Substantial Assistance. Sentencing is now set for November 12th. The Court has already hunted that she will get some prison time, so do not expect home confinement or probation.
Posted by Kenneth Rijock at Friday, October 18, 2013