DID MONEY LAUNDERERS TAKE ADVANTAGE OF THE SIXTEEN DAY US GOVERNMENT SHUTDOWN ? 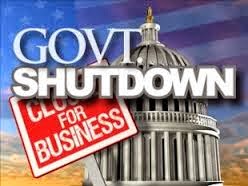 Being that money launderers are forever seeking weaknesses in the system, through which to drive dirty money, the question arises: did anyone find a new opportunity to launder criminal profits during the 16-day US Government shutdown ? Given that many regulatory agencies were probably not deemed to be essential services, obviously, agency reviews  of SARs filed were a casualty, but is there anything else ? Perhaps if we see a spike in new criminal investigations, covering crimes that occurred during the shutdown period, someone will identify specific tactics and strategies employed to move money during that period.

I am wondering whether money launderer-controlled charitable organizations might have been used to move the proceeds of crime during the shutdown period, but there must be other effective, albeit temporary, openings that were exploited. If any surface, I will post them here.
Posted by Kenneth Rijock at Thursday, October 17, 2013