Things are heating up in Miami, and I am not referring to the temperature; individuals who have been reporting on the rampant money laundering occurring in, through, and out of, the Bolivarian Republic of Venezuela, have been targeted, threatened and harassed, and there is more trouble coming to the Magic City.

Here is what we have seen lately:

(1) A Miami media figure, who has been extensively covering Venezuelan money laundering news, had a visit, at his home, from unknown visitors, who left a threatening note, warning him from continuing to expose the rampant laundering in Venezuela. Fortunately, he was not home at the time.

(2) Two Venezuelan expats, both known opponents of the regime, were the object of intentional automobile accidents, conducted by a pair of Cuban agents who have been conducting surveillance of individuals who are outspoken critics of the Maduro regime. The obvious intent is to intimidate regime opponents. Please note that they are known to drive a white Range Rover while conducting surveillance. It is doubtful that they have registered as agent of a foreign government, as Federal law requires. Remember that a Venezuelan agent in the "Suitcasegate" case was convicted for such unlawful activities in Miami a while back. Let's hope that Miami FBI office is watching the watchers.

(3) A Colonel in the Venezuelan Army, whose initials are R.V.L.P., is reportedly due to arrive in Miami this week, to supervise the campaign of intimidation. Look for him to pose as a civilian, and a tourist. Unfortunately, CBP will probably allow him into the country, as he is not designated under any OFAC sanction, but he does pose a threat to the Miami Venezuelan community, as well as those agents whose identities thus far have remained unknown. 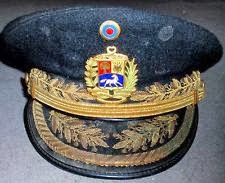 (4) One of Miami's more experienced politicians, who is based in Doral, the Miami-Dade municipality with the largest number of Venezuelans, and who is no friend of the Maduro regime, has promised to actually publish a blacklist of Venezuelan money launderers. If he is referring to the list I am familiar with, and which I have discussed on this blog, its publication will greatly upset the Government of Venezuela, as well as cause compliance officers at Miami-area banks to run to their client lists, and then to their attorneys, for advice. 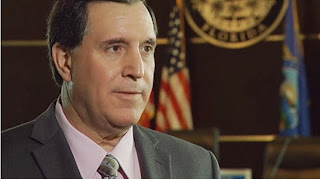 Notwithstanding any implied or express threats from Venezuelan or Cuban agents, we will continue to cover Venezuelan money laundering activities on this blog; please stay tuned, as things will certainly get ugly, but Miami can handle it.