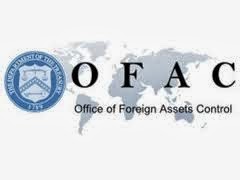 Treasury's Office of Foreign Assets Control has levied a civil penalty of $1.5m, upon a UAE-based investment & trading company, Alma Investment LLC, for violation of Iranian Transactions and Sanctions regulations. The conduct that gave rise to the penalty:

"Alma originated at least six electronic funds transfers, totaling $103,283, processed through financial institutions located in the United States, for the benefit of persons in Iran. OFAC determined that Alma violated the prohibition against the exportation of services, directly or indirectly, from the United States, to Iran, or the Government of Iran, set forth in §560.204 of the regulations."*

Note well that the civil penalty is fifteen times the amount transferred; There were a number of aggravating factors cited by OFAC:

(A) Alma concealed and/or omitted material information in funds transfers originated by Alma, for processing through the United States. This conduct was willful and reckless.
(B) Alma appears to be associated with multiple Iranian entities, and facilitated Iran-related payments through the United States.
(C) Alma's management, including senior management, had actual knowledge of the illegal conduct.
(D) Alma has no compliance program.
(E) Alma did not cooperate with OFAC during the course of the investigation.
(F) Alma omitted references to OFAC-sanctioned countries or persons on the transactions, which were processed through the United States.

The Enforcement Information stated that the penalty will have a deterrence effect, and encourage greater due diligence.