VIKTOR BOUT'S CONVICTION IS AFFIRMED BY THE SECOND CIRCUIT 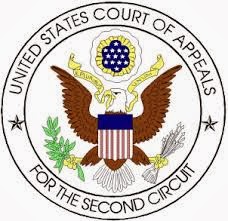 The Second Circuit Court of Appeals, the Federal appellate court that heard Viktor Bout's appeal of his criminal conviction, has affirmed the trial court's verdict. The three-judge panel  dismissed all the arguments Bout's counsel made in his brief, and in oral argument.

Here is the essence of the court's ruling, taken verbatim from the decision:

(1) In the absence of actual animus, or shocking conduct akin to coercion, or a violation of Defendant's person, an international sting operation, of the kind undertaken in this case, this case, does not  constitute either vindictive prosecution or outrageous government conduct.

(2) Government application of "coercive political pressure" on a foreign government, to secure a defendant's extradition, does not make that defendant's prosecution improper.

(3) The District Court correctly rejected defendant's claim that his prosecution violated the Doctrine of Specialty*.

The Court did find a clerical error in the judgment, and has remanded the case back to the District court for the limited purpose of correcting that error, but for no other reason.


Mr. Bout's attorney reportedly has stated that he intends to ask the entire Second Circuit bench to hear the case, though he did not disclose any further details. He has, in the past, said that he intends to take this case to the US Supreme Court, if and as necessary, but such an action, which is not an appeal as a matter of right, but a petition for a Writ of Certiorari, which is discretionary with the high court, is rarely successful.