WHY ARE COLOMBIAN INTERESTS BUYING UP PANAMANIAN BANKS ? 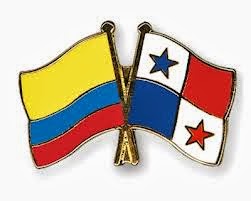 There have been two recent major purchases, of Panamanian banks, by Colombian financial groups. one of them has come to the attention of Panama watchers for three reasons, and the grounds for their concern could indicate a bigger picture.

Here are the three issues cited by observers in the Panama banking world:

(1) In one of the purchases, it appears that the buyer may have overpaid. Inasmuch as one of the goals in any major purchase is to shave off every bit of the price that you possibly can, so that you conserve your operating capital to run your new business, this is puzzling. Add that to the fact that one of the red flags of a criminal enterprise is its apparent disinterest, as a purchaser, in driving down a high price for an item to be acquired. Criminal organizations often overpay to make the deal happen, as they generally have an excess of cash on hand.

(2) One of the banks purchased has, to be frank, a history of "colorful" clients regarding money laundering issues, and it is not known whether all these clients have been exited, and whether effective compliance procedures have been instituted, to keep their ilk out of the bank in the future.

(3) There are persistent rumors that other, unidentified Colombian interests are actively seeking to purchase licensed and operating Panamanian banks. Considering the muddled nature of Panama's current political unrest, problems with corruption allegations against senior members the current government, and the upcoming 2014 presidential elections already causing concern, there are important instability issues facing the Republic of Panama. Why would a prudent businessman choose to invest in a country that has several potentially fatal problems to solve ?

I have no direct evidence to support their suspicions, but consider this. Whether there are criminal organizations involved as investors, while front men handle the actual acquisitions, is not known at this time, but all this interest in Panamanian banks begs the question: why now ?