Much has been made this year, by a number of knowledgeable commentators, about Ecuador's increasing involvement in assisting Iran in evading the global sanctions in place against it, due to illegal WMD and ballistic missile programs. While this is correct, it is more important that Ecuador's role is not just a passing interest, but a matter of its national policy, which was initiated five years ago.

On November 6, 2008, a senior Ecuadorian compliance official, Paulina Arauz, pursuant to the request of the then-general manager of the Central Bank of Ecuador, Mauricio Martinez, prepared and delivered a confidential eleven-page Opinion Letter* to Martinez. The opinion dealt with the methods of implementation and facilitation of a financial relationship between Ecuador and Iran:

(1) The document discussed the potential ramifications of any transactions with Iran, spelling out in detail US laws and Executive Orders,  and the possible consequences for Ecuador.

(2) Using information that the author stated was obtained from the dominant commercial off-the-shelf high risk database, several financial institutions said to be known Iranian correspondents, either directly or indirectly, were surveyed, and details on who was, and who was not, sanctioned, as a result, were covered. 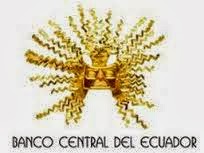 The conclusion arrived at; the use of certain obscure third-party correspondents, in financial dealings with Iran, and which do not currently show up on commercial AML databases, provide a solution for the Central Bank, with reduced risk.

This opinion formed the basis for Ecuador's establishment of a close financial relationship with Iran. it means that all substantial international trade transactions with Ecuadorian companies, financial institutions, and indeed the government itself, could very well be fronts for Iran. You should consider the implementation of enhanced Due Diligence, should you encounter any such transactions, lest you be unwittingly facilitating Iran sanctions evasion.