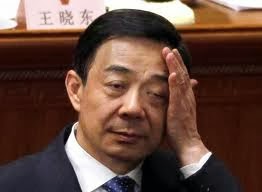 In a strange twist of events, China yesterday announced that it was allowing the controversial leader, Bo Xilai, to appeal his corruption conviction. Since China does not follow the rule of law, and court rulings are generally based upon what the Communist Party of China dictates, the outcome is all but certain; his conviction will be affirmed, but there is more to this than meets the eye.

Is allowing Bo Xilai to appeal an acknowledgement of the power of China's corrupt PEPs, even when one of them is facing a long prison term ? The Bo Xilai trial was supposed to send a message to senior PEPs, that corruption would no longer be tolerated, and that those who continue would face severe penalties, but giving him the right to file a cosmetic appeal saves him face, and affirms his power.

By this act, China demonstrates that it does not yet have the political resolve to dismantle its system of utterly corrupt PEPs, who become wealthy, at the expense of foreign companies seeking to enter the large Chinese market. The PEPs demand bribes and kickbacks, which violate Western laws on corruption, and expose foreign companies, and their staff, to criminal charges at home, even when they have no actual involvement in the payments.

Expect no real reform, which means more problems for Western businesses in China, and therefore higher risk. When will China rein in its corrupt PEP culture ?