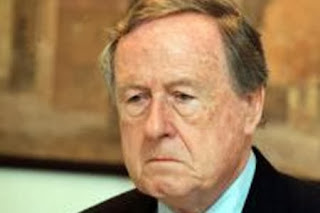 Jacques de Groote, who was the former Executive Director of the International Monetary Fund, and later the Belgian Director at the World Bank, was sentenced to probation and a large fine this week, after he was convicted in a case where €500m was seized, and which charged aggravated money laundering, fraud, and securities fraud.

While the Czech managers, who were the major actors in the fraudulent purchase of a Czech firm being denationalized, received prison terms, de Groote's only punishment was to pay a fine of 230 Swiss Francs, daily, for 330 days, for a total of 759,000 CHF. When Swiss courts pronounce lenient sentences that do not include prison time for fraud on this scale, they fail to deter future financial crime.
Posted by Kenneth Rijock at Monday, October 21, 2013