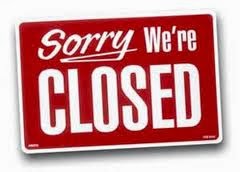 The imposition of even multi-million dollar civil fines and penalties upon US banks, for egregious money laundering offenses, is simply not working. Those fines don't even approach five per cent of the banks' annual earnings, and are obviously considered the cost of doing business by those in charge. Clearly, even repeated fines are no acting as an effective deterrent. Bank directors sneer at fines & penalties, and go right back to their business, which often means allowing dirty money in, so long as it generates handsome profits for the bank.

While American regulators have taken foreign banks, operating in the United States, to task, by closing their American affiliates down, when called for, the United States has never revoked the charter of a national bank for money laundering activities. It is now high time to take this extreme action, when the next obscene money laundering violation surfaces. To do any less allows American banks to continue with their AML charade, all the way to the bank.

If a US bank was to lose its charter for serious money laundering, or terrorist financing, violations, bank shareholders, whose annual profit checks then stopped, would bring massive suits against officers and directors, and the financial world would sit up and take notice. I know this is an extreme step, and it will result in painful job losses, but bank boardrooms need to learn what the consequences are to paying only lip service to AML/CFT laws, the hard way.