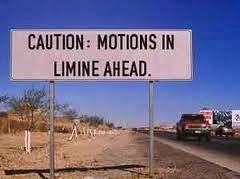 Though it initially appeared that Richard Chichakli, the longtime associate of Viktor Bout, could be cooperating with the authorities, Chichakli's subsequent actions indicated that he intends to vigorously defend himself, Pro Se, and the US Attorney's Office in New York has filed a Motion in Limine, and a Rule 404(b) Notice.

Rule 404(b) of the Federal Rules of Evidence requires Federal prosecutors to give notice when they intend to introduce evidence of other, uncharged, crimes, wrongs or acts, committed by the defendant, or others associated with the conduct. The evidence introduced is intended to show the existence, nature and development of criminal relationships among the co-conspirators. Remember, Viktor Bout, though not on trial at this time, is a co-defendant.

Rile 404(b) evidence is also used to prove motive, opportunity, intent, preparation, plan, knowledge, identity, and the absence of mistake or accident. It serves to show a jury that a defendant was engaged in criminal conduct long before the events that are the subject of the indictment he is on trial for.

The evidence which will be introduced:

(1) Prior aircraft transactions regarding the purchase of Boeing 727 aircraft, and aircraft parts, some of which were completed, and some not.

(2) Prior business dealings with Viktor Bout, and his brother, in the airline industry.

(3) The use of false names and false documentation.

The Motion in Limine, which requests that the Court not allow that a specific topic be introduced at trial, for any purpose, goes to Chichakli's designation and sanction, by the Office of Foreign Assets Control, or OFACA. The defendant has long charged that he was improperly designated as a Specially Designated National, or SDN. The issue is the evidentiary basis underlying OFACs decision to list Richard Chichakli as an SDN, which he has indicated he will seek to challenge at trial, which the Government argues is irrelevant to the case.
The motion requests that the defendant should be precluded from re-litigating his SDN designation.  We will follow up in a future article when the Court enters its ruling.