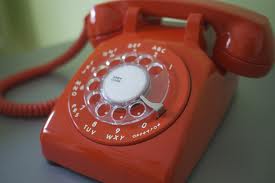 A confidential DEA program, that gathered telephone call records from an American Telephone & Telegraph Company database that reportedly contains all call made in the Continental United States, since 1987, has been publicly exposed, and could be used to set aside existing convictions for money laundering, as well as other major Federal crimes. The information was discovered as the result of a Freedom of Information request to a law enforcement agency. Does it violate the USA PATRIOT Act ?

The existence of the program, code-named Hemisphere, and which utilized the covert cooperation of AT&T, was apparently never  disclosed, which may mean that it could constitute a Brady violation in closed or active Federal criminal cases, and might result in convictions being set aside, new trial motions being granted, and even dismissal of criminal charges.  The information, which was obtained by the Drug Enforcement Administration, through the use of administrative subpoenas, meaning that no court approval was obtained, could contain evidence of guilt or innocence, or of a defendant's role in criminal conduct, which would impact sentencing.

Apparently, unlike the NSA program that has received so much attention of late, this AT&T source also features information on location. It has been stated that the program has been in operation since 2007, and records information on its database on 4bn calls per day. What impact this information will have on existing money laundering convictions is not known, but reportedly law enforcement was instructed to never use the name "Hemisphere" in any document, obviously to hide its existence.

Will criminal defense attorneys now have a field day, seeking to overturn convictions ? We cannot say, but the covert surveillance tactics used by US law enforcement, and hidden from public view, may result in a serious miscarriage of justice, if the courts respond to it by setting aside convictions.
Posted by Kenneth Rijock at Monday, September 02, 2013