HAVE YOU RECEIVED ANY FBI ADMINISTRATIVE SUBPOENAS FOR BANK CLIENTS OF SYRIAN EXTRACTION ? 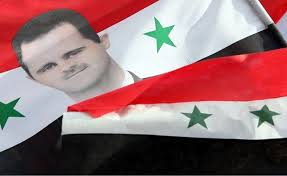 A recent report stated that US residents of Syrian extraction or nationality are being monitored by the Federal Bureau of Investigation (FBI), as potential threats of terrorist acts in the United States. This program is based upon the premise that the United States will attack military targets in Syria, due to the furor over chemical weapons deployment of the Assad regime. Apparently, Iraqi nationals in America were monitored by the FBI during the second Gulf War, due to fears that they might institute attacks in the US.

You may receive FBI Administrative Subpoenas for information on Syrian clients of your bank.
Posted by Kenneth Rijock at Tuesday, September 03, 2013