IRAN EYES PANAMA AS ITS NEW OFFSHORE JURISDICTION OF CHOICE 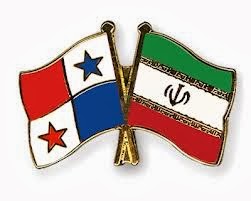 Will Panama replace the United Arab Emirates as the place to go if you are an Iranian government-controlled company seeking to conduct trade that effectively evades international sanctions over weapons of mass destruction ? It may soon become a reality. Look at these developments:

(1) A prominent builder, who has been seen in Panama, intends to construct a large number of single-family residences for the Iranians that are expected to emigrate there.

(2) Panama's new immigrant investor laws are being carefully examined by professionals advising Iranian clients; these advisers are Iranian expats. already living in the West, and they are looking for a meaningful alternative to Canada.

(3) The use of Panama, and Venezuela, as third party countries, to which goods are shipped, and then transshipped to Iran via maritime commerce, is growing. Rumors continue to circulate that Panamanian officials, including the country's president, have invested in companies engaged in this commerce.

(4) The "don't ask-don't tell" international banking system in Panama, which so far has been ignored by US and EU law enforcement agencies enforcing Iran sanctions, is available to assist in any complex sanctions evasion payments scheme.

(5) Don't forget the presence of its primary surrogate, Hezbollah, whose affiliate, Hezbollah Latin America, has a robust presence in the region, and whose agents can conduct financial transactions under the cover of their many front companies, staffed by cadre with local passports and identities.

As it becomes more and more difficult for Iran to operate in the UAE, expect it to deploy to alternative jurisdictions, and Panama is a very attractive prospect, with many useful features. Unless the United States finally decides to get its hands dirty in Panama, and assertively goes after the banks involved in facilitating Iranian sanctions evasion, Iran will increase its footprint in Panama.