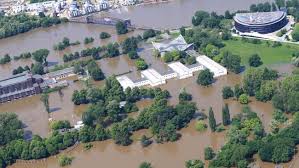 The twin natural disasters in Mexico this week will certainly spawn relief efforts originating in the United States. America-based  charitable organizations, and other nonprofits, will be sending food and supplies to those affected by the storms and flooding. The problem is, it provides a rare opportunity for money launderers employing bulk cash smuggling to ship narcotics profits south, in the chaos that typically follows such disasters, where relief is desperately needed for the victims, and the need is urgent.

Bulk cash, which can easily be concealed in relief supplies, could be sent south under the auspices of a bogus charity controlled by the money launderers. Once en route, and safely in Mexico, it may be diverted, the cash extracted, and the supplies allowed to proceed to their stated destination.

The most effective concept is to create a nonprofit.with a name deceptively similar to that of a well-established charitable entity, which will facilitate its ready acceptance. Outbound shipments from the Continental United States are rarely examined, unless they are of a suspicious nature, or traveling to a high-risk drug producing country. I expect that one or more money launderers, working for cartel masters, will attempt to move bulk cash, using this technique, into and through Mexico, to a final destination where the US Dollar is the accepted currency, like Panama or Ecuador.

Let us hope that US law enforcement examines these charitable donations flowing into Mexico.
Posted by Kenneth Rijock at Thursday, September 19, 2013