PONZI SCHEMER'S WIFE ASKS FOR YET ANOTHER DELAY IN HER SENTENCING

Kimberly Rothstein, the wife of convicted Ponzi schemer (and ex-attorney) Scott Rothstein, has asked the Federal Judge in her own case to again delay her sentencing, which is currently set for 7 October. Mrs. Rothstein, who pled guilty to three charges, including money laundering conspiracy and obstruction of justice, reportedly faces a maximum five-year sentence. Her husband is serving a 50-year sentence, and she intended to have him lie about the disposition of the missing jewelry, which is witness tampering.

In her attorney's motion, the defendant asks that her sentencing be delayed until she can testify against two of her co-conspirators. Readers of this blog will recall that she attempted to hide, and later sell off, the bulk of her extensive jewelry collection, to prevent it from falling into the hands of the court-appointed trustee, who was assembling assets to repay victims of her husband's massive $1.2bn Ponzi scheme. The defendant stated that she intends to testify against those who aided and abetted her in the fraud. She hopes that this Substantial Assistance will qualify her to receive a 5k1.1 motion, from the US Attorney, so that she will receive a shorter sentence than the Sentencing Guidelines recommend.

In an obvious attempt to mollify the judge, who had previously stated that she would not be granting any other delays in sentencing, counsel's motion included the statement that Mrs. Rothstein was ready to begin serving her sentence right after the sentencing hearing, rather than have the customary period generally afforded defendants to get their personal matters in order, prior to surrendering. 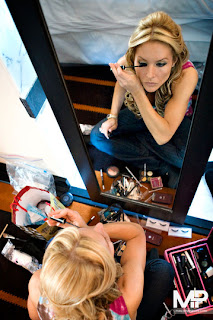