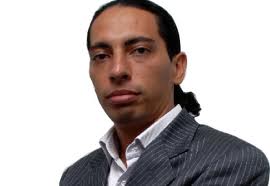 The Supreme Tribunal of Bogotá has entered an order sentencing the master Colombian Ponzi schemer, David Eduardo Helmut Murcia Guzmán, to thirty years and eight months in prison, for money laundering, and illegally receiving money. The sentence came after Murcia's appeals were dismissed. Murcia, who is scheduled to be released from a Federal Prison in the United States in 2019, may then be transferred to Colombia to serve his sentence.

Murcia, whose precise location in the US Bureau of Prisons is not known, is thought to have been placed in some sort of high-security facility, as he is believed to have given extensive evidence regarding Panamanians who took possession of portions of the estimated $3bn DMG, his Colombian-based Ponzi scheme, raised, most of which was bulk cash smuggled into the Republic of Panama, and invested.

The question remains: will the United States release Murcia, when he has served his American sentence, or hold him for testimony at trial, and later place him into WitSec, the Federal witness protection program, so that his safety will be assured ? Several prominent Panamanian nationals, some of whom are officials at the highest levels of government, and some who are American businessmen resident in Panama, are believed to be targets of the current investigation, which is being conducted by a number of American law enforcement agencies, which reportedly are aware of the Murcia properties and assets the targets control. I could point to several myself, so it must be common knowledge who is holding what.

Will Murcia evade a term in a Colombian prison ? Rumors of his pending sentence reduction have made the rounds recently, but the mystery is whether he will be serving time in Colombia next, or disappear into the bowels of witness protection in America. Some sources state that he has been seen, in the United States, and not in custody. Where is David Murcia today ?